History of our hotel 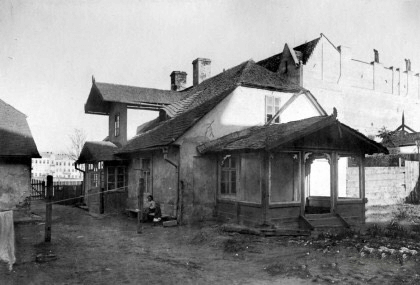 On the image, you can find perhaps one of the last houses of the suburbs Baika. The area at that time was intensively built up.

Our mini-hotel “Discovery B&B” is located on Yefremova Street. This street has a historical significance, since the middle of the XIX century has experienced many changes and renaming.

We are proud of the history of our city and we want to introduce it to you! Our street was laid down in 1863, its first name reflected the location – Standovska on Baiki. Historians interpret the name “Baiki” differently. However, there are two most common versions:

In 1870 the Lviv City Council has made order with the names of the streets and entered the numbering of houses and plots. During the large-scale ordering of the city space, the street was called Murarska – it was here where the bricklaying builders settled.

The beginning of the street (now from Bandery Street to Kievskaya Street) was built in 1905-1914 place of the old Dominican building. The main part of it (from Kiev street to Melnik street) was built up by profitable houses in 1890-1914.

The next renaming took place in 1935 after the funeral of the brigadier Czeslaw Monczynski, in his honor the street was named.

During the Second World War and the German occupation of the city, the street was called Schleswigerstraße, in July 1944 the name of Monchinsky Street was returned.

In 1992, the street was named in honor of Sergei Efremov. Sergei Alexandrovich Efremov (Ohrimenko) is a Ukrainian politician and statesman, literary critic, historian of literature, since 1919 – Academician of the Ukrainian Academy of Sciences, member of the Shevchenko Scientific Society in Lviv